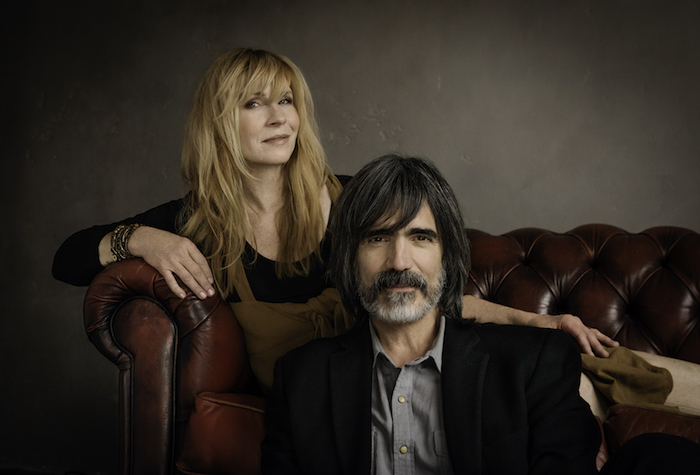 Larry Campbell and Teresa Williams are one of the most unique musical duos in American music. Larry, multi-instrumentalist, producer, is also known for his collaboration with Levon Helm on three GRAMMY® Award-winning albums as well as his role as invaluable session player and sideman for iconic artists as Bob Dylan (Never Ending Tour 1997-2004), Paul Simon, Willie Nelson, as well as Rosanne Cash, Sheyl Crow, Garland Jeffreys and many more.

Teresa Williams has been performing on stage since she can remember, and professionally for forty years. “I’m old enough to have toured with Eddy Arnold, which I was very proud to do in my early 20s”, she says. Her ensemble work in the Levon Helm Band, during the last decade of Levon’s life, led to tours with Hot Tuna, Little Feat, Phil Lesh and Friends, and Jackson Browne.  After almost three decades as a couple, the two gifted musicians united in the studio in 2015 for their first record together, the acclaimed LARRY CAMPBELL & TERESA WILLIAMS, from which, shortly afterward, It Was the Music takes root. American Songwriter raved “This couple has tapped into the dusky spirit of Americana in all of its forms (folk, blues, rock and roll, gospel etc.) and created a unique sound inspired by the past, that is spirited, stirring and timeless.” “Songs that evoke the old classics of the roadways (and roadhouses) stretching along the Deep South between Nashville and New Orleans and the lesser-known, dustier trails along the way,” declared Pop Matters, adding, “The true Americana isn't a sound; it's a feeling. Larry Campbell and Teresa Williams make you feel it with every song.”

Mark Moskowitz is an internationally acclaimed producer and director, hailed for such award-winning documentaries as STONE READER, which drew applause in theatres and film festivals around the world en route to being named as one of the ten best films of 2003. Along with his full-length work as documentarian, Moskowitz is widely known in the world of political media, directing thousands of issue-oriented ads for Democratic political candidates at every level, spanning local to national candidates in 49 states. Along with IT WAS THE MUSIC, his upcoming projects include ART STOPS HERE, a feature documentary about art collectors slated for release in 2021, as well as SLUM RUNNERS, a powerful film about youths trying to find their way out of Kibera (Nairobi) by competing as long distance runners. 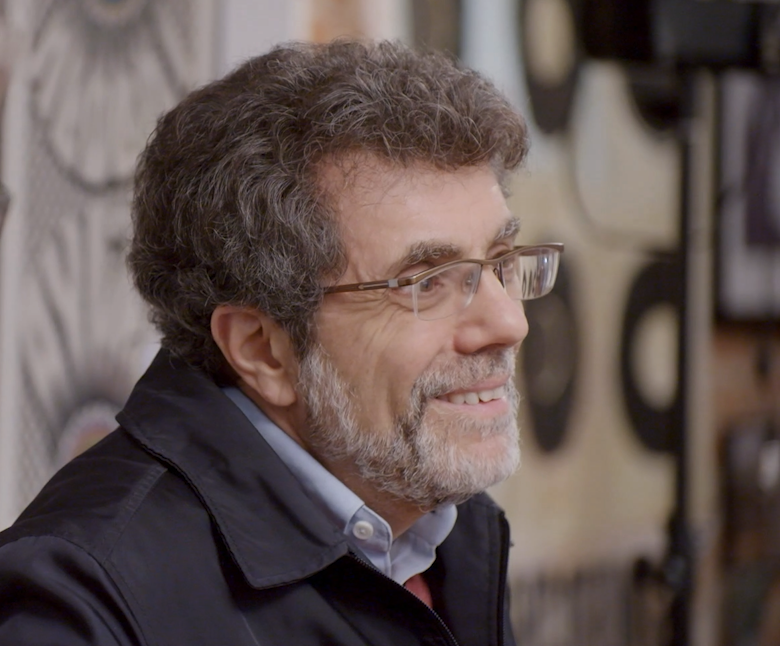 On a rainy Saturday sometime in 2001, Stephen Riggio placed into his VCR a tape of the as yet unreleased Stone Reader, Mark Moskowitz’s literary detective story about his search for Dow Mossman, author of the highly praised, yet forgotten and out of print novel, The Stones of Summer. Believing that Mark’s film was the best movie about books and reading ever made, he was determined to help bring the film to the market and the book back into print. At the time Steve was Chief Executive Officer of Barnes & Noble, so everything fell into place: the film was released to critical acclaim and the book sold 100,000 copies. Stephen and Mark’s friendship grew through years of discussions about art, music, and literature, always hoping that they would someday collaborate on another project. 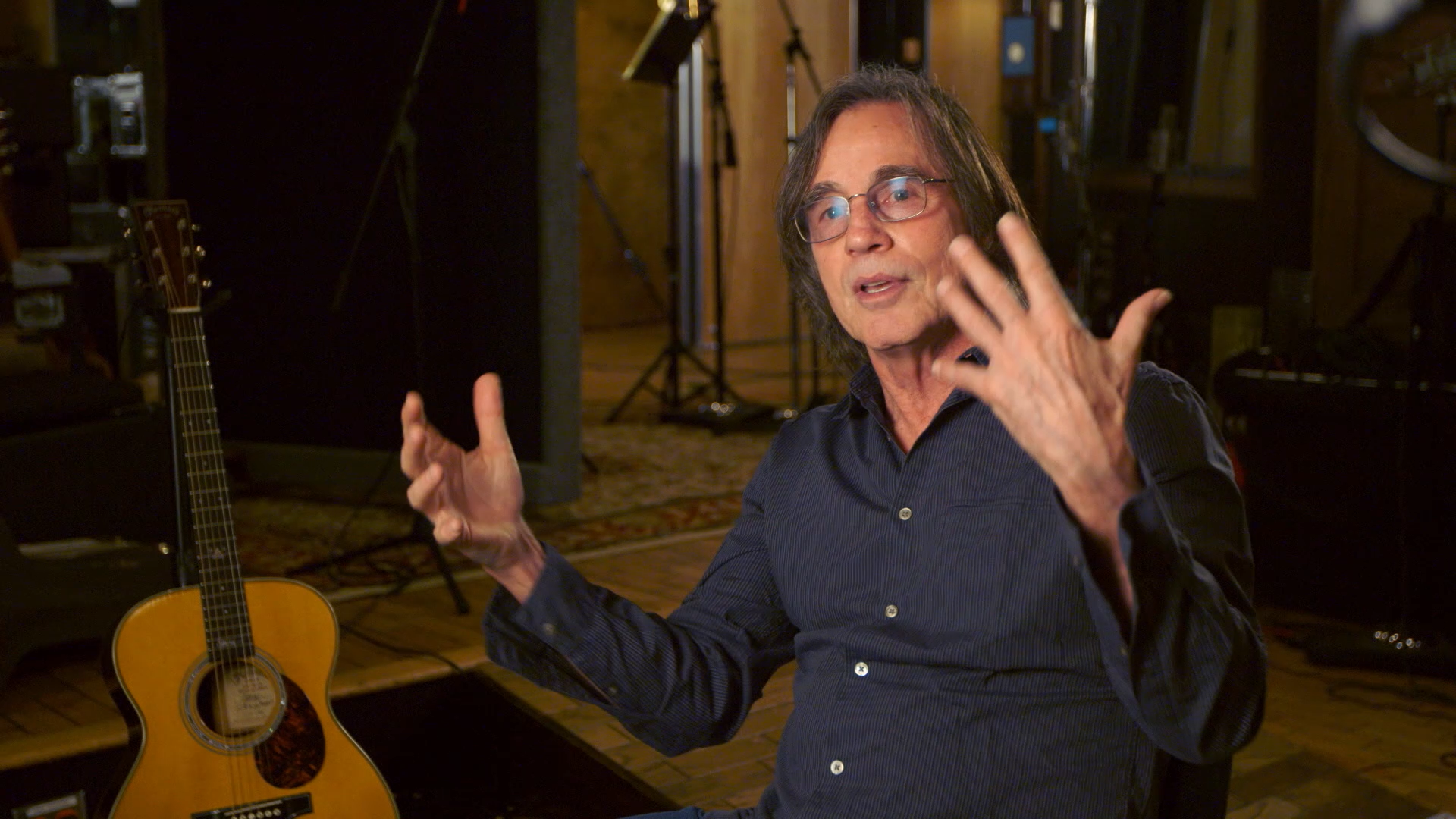 Jackson Browne has created some of the most literate and moving songs in popular music. His debut album came out in 1972 the first of fourteen studio albums and four collections of live performances. Browne is known for his advocacy on behalf of the environment, human rights, and arts education. He’s a co-founder of the groups Musicians United for Safe Energy (MUSE) and Nukefree.org and a member of the Ocean advocacy group, Ocean Elders. 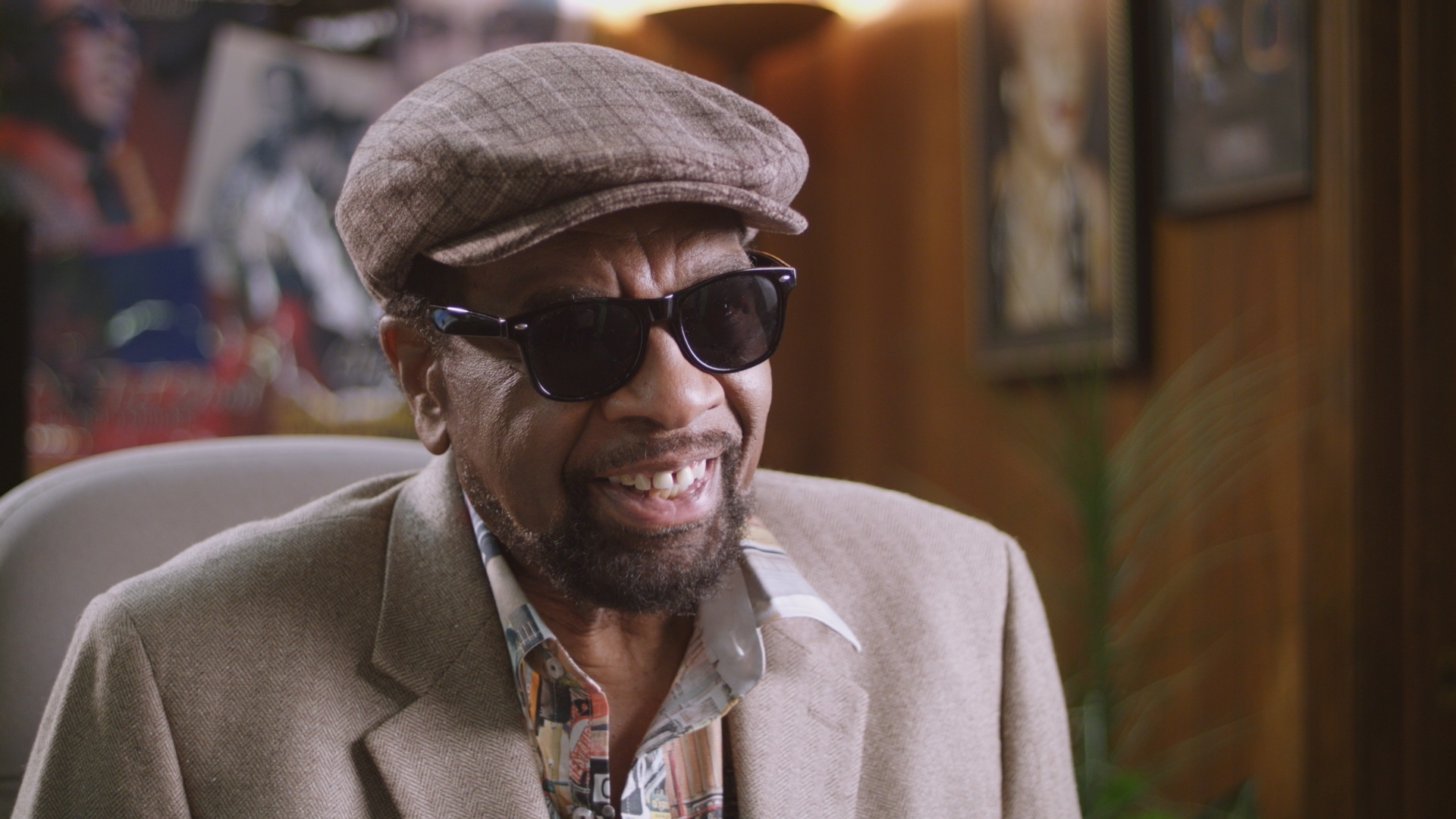 The man who co-wrote one of the most covered songs in blues/rock music history “Born Under a Bad Sign”, is also featured role in another music documentary “Take Me To The River”.

Signed early by Stax, his songs have been covered by Cream, Taj Mahal, Otis Redding The Byrds, Linda Ronstadt, and Etta James 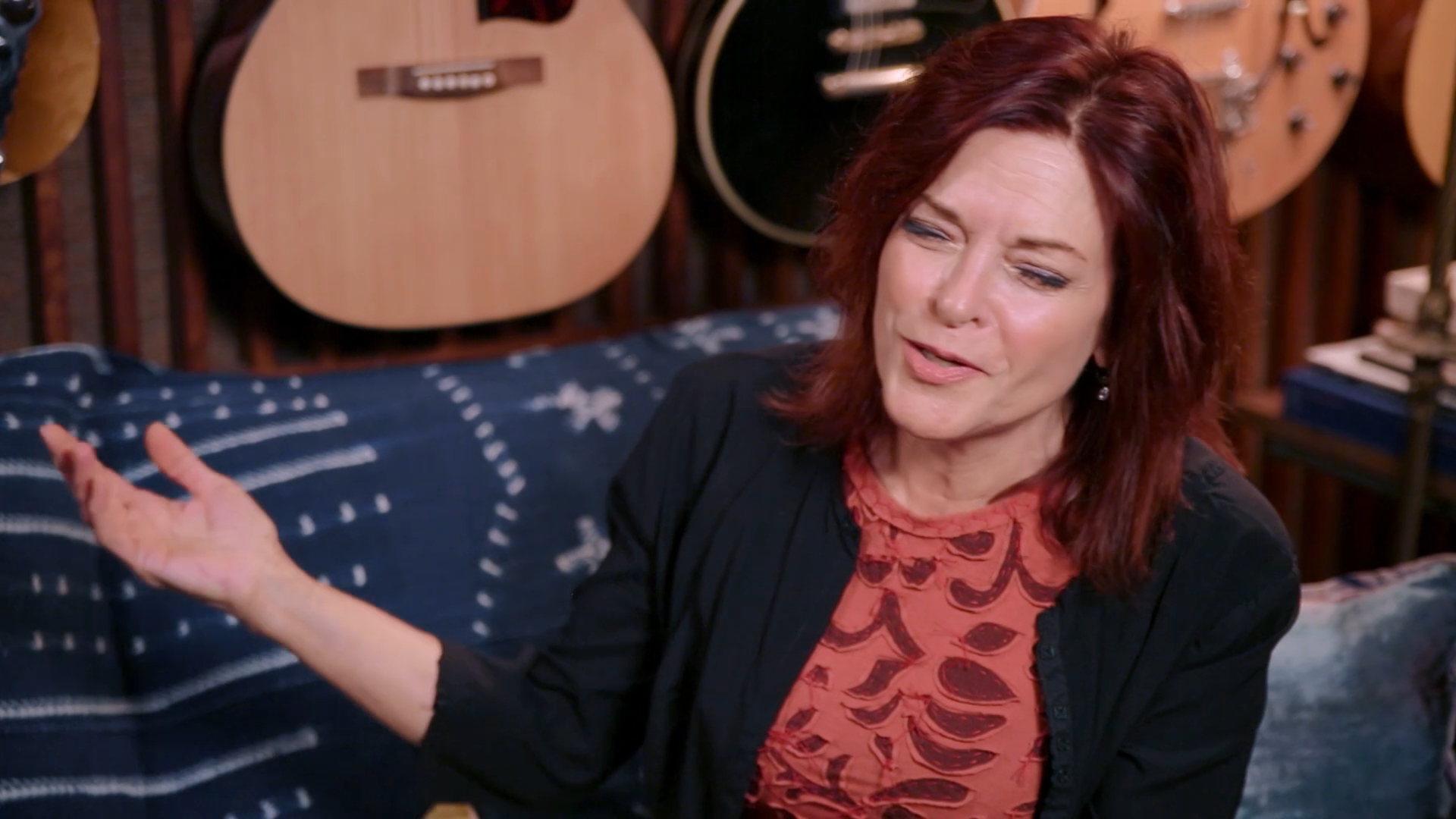 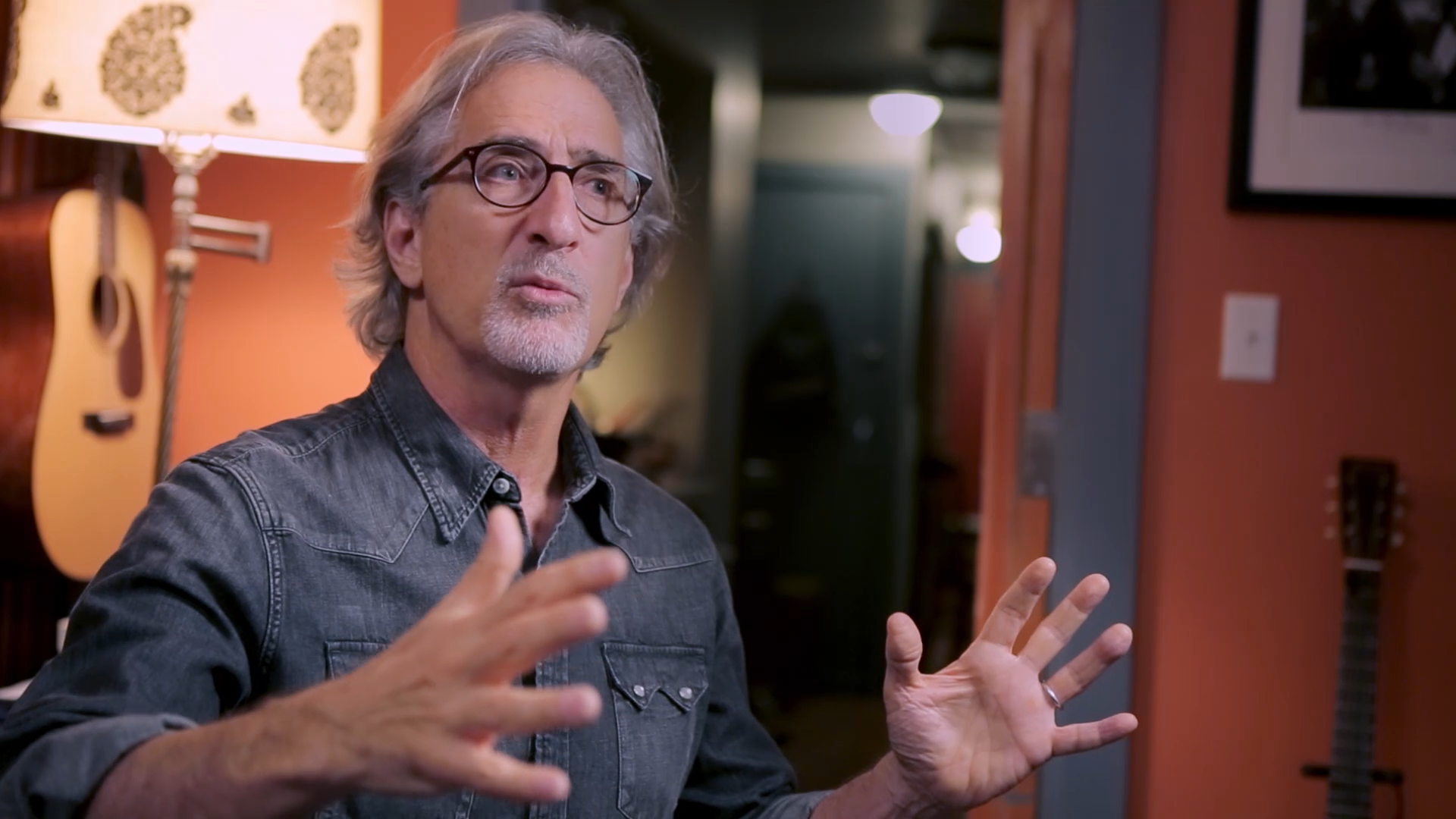 A talented multi-instrumentalist who has worked with a wide range of musicians, from Willie Nelson to the Tedeschi Trucks Band, from Jackson Browne to Elvis Costello. John is also a successful songwriter – mostly working in collaboration with the artists he produces—and a six-time Grammy Award winner who has produced albums for The Blind Boys of Alabama, Shawn Colvin, Sarah Jarosz, David Crosby, Rodney Crowell, Loudon Wainwright III and, of course, his wife, Roseanne Cash. 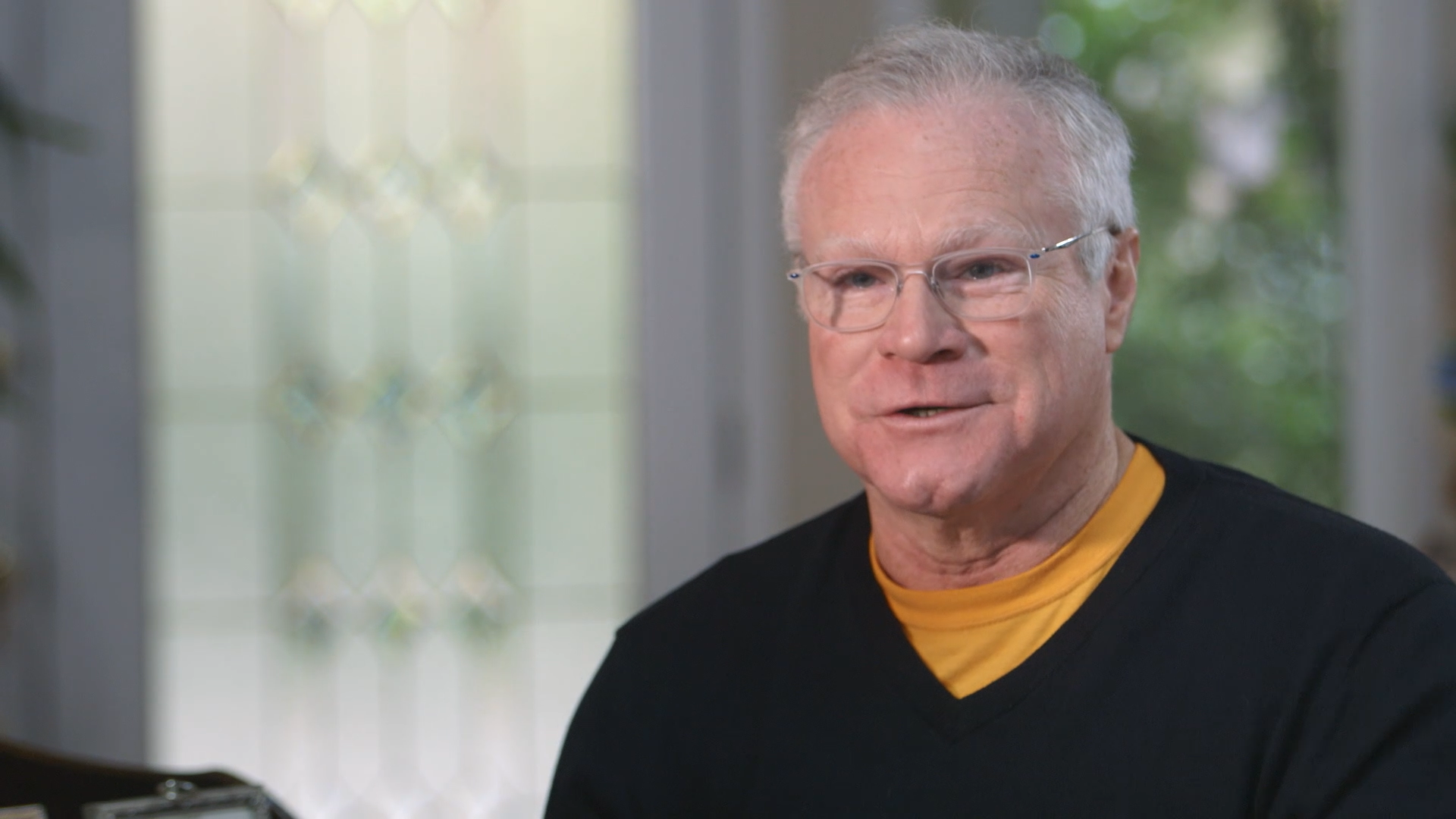 The actor who has been kept busy in countless films and TV shows, ever since his breakout role in “An Officer and a Gentleman”. But if you were to ask him, his first love is music, and he’s a pretty fair Tennessee guitar player. David has also been a National Advisory Board member and spokesperson for The National Association to Protect Children. 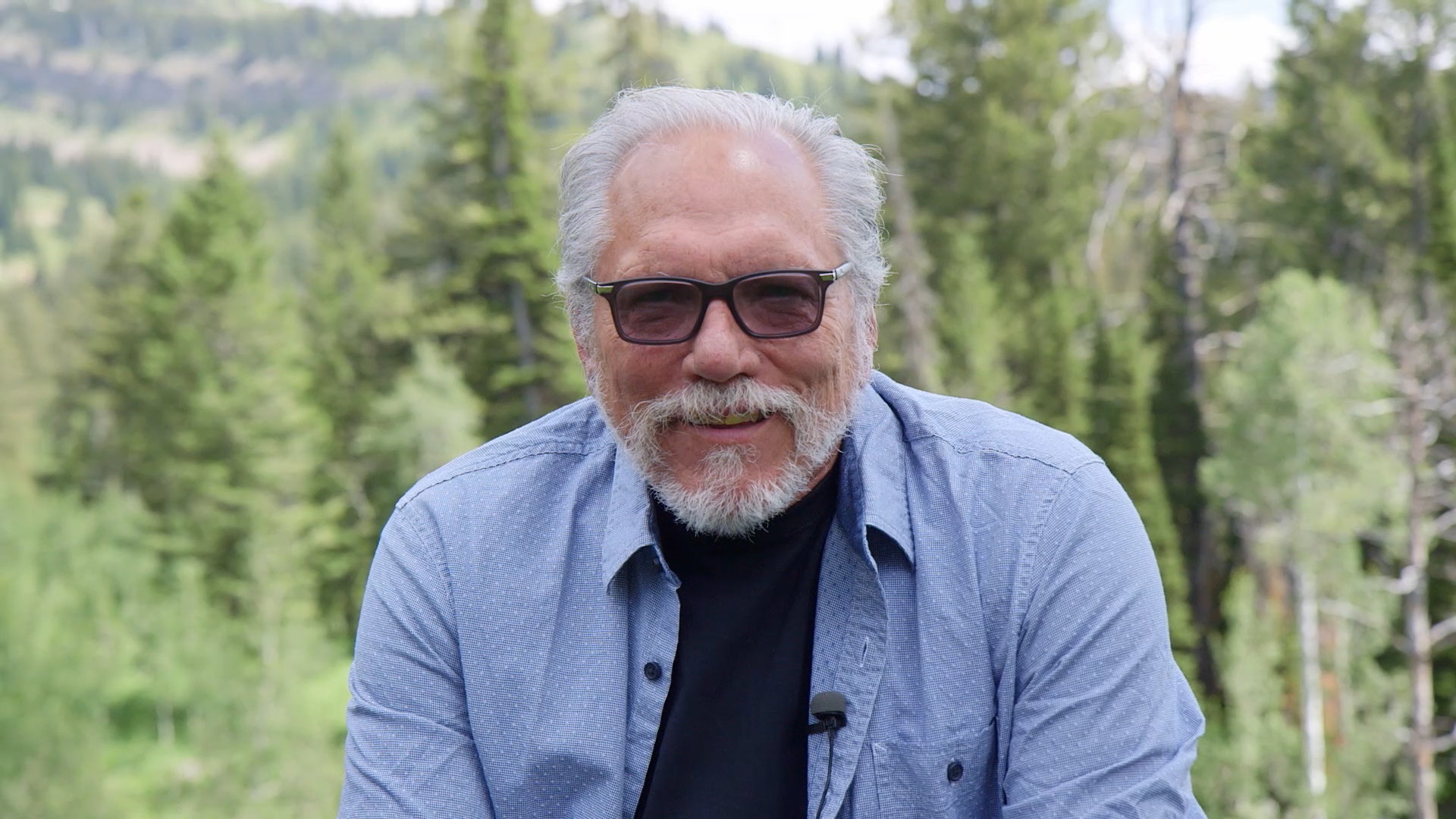 Jorma Kaukonen's guitar riffs defined 60s psychedelia for many, and later as part of Hot Tuna he continued to show the way. Catch his Fur Peace Quarantine shows every Saturday night, buy his tea , and by all means read his book. 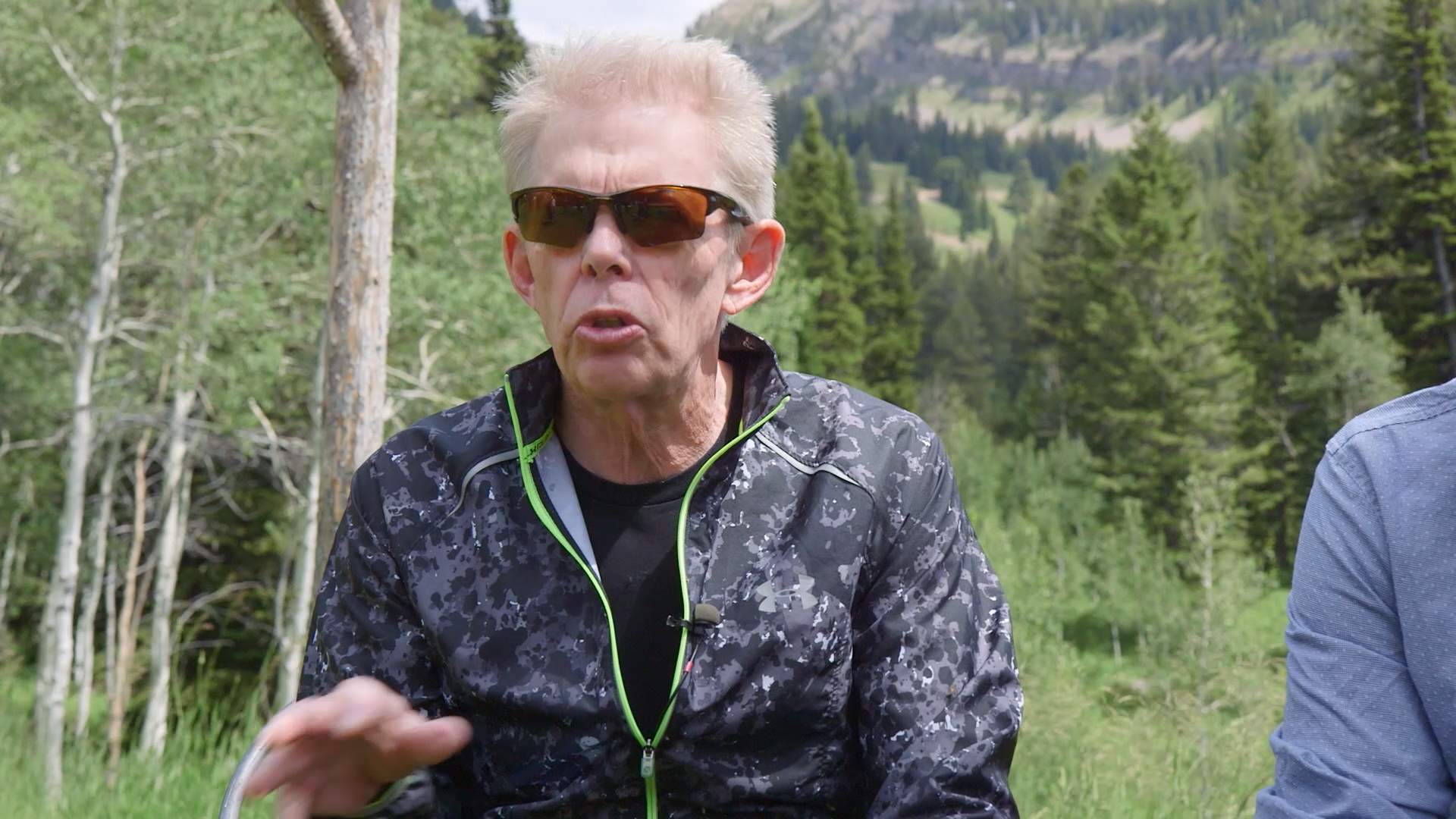 Jack Casady, half of Hot Tuna, makes whole one of the rarest, greatest partnerships in music. To hear Jack talk passionately about music with the same intensity he plays bass is itself a musical treat. 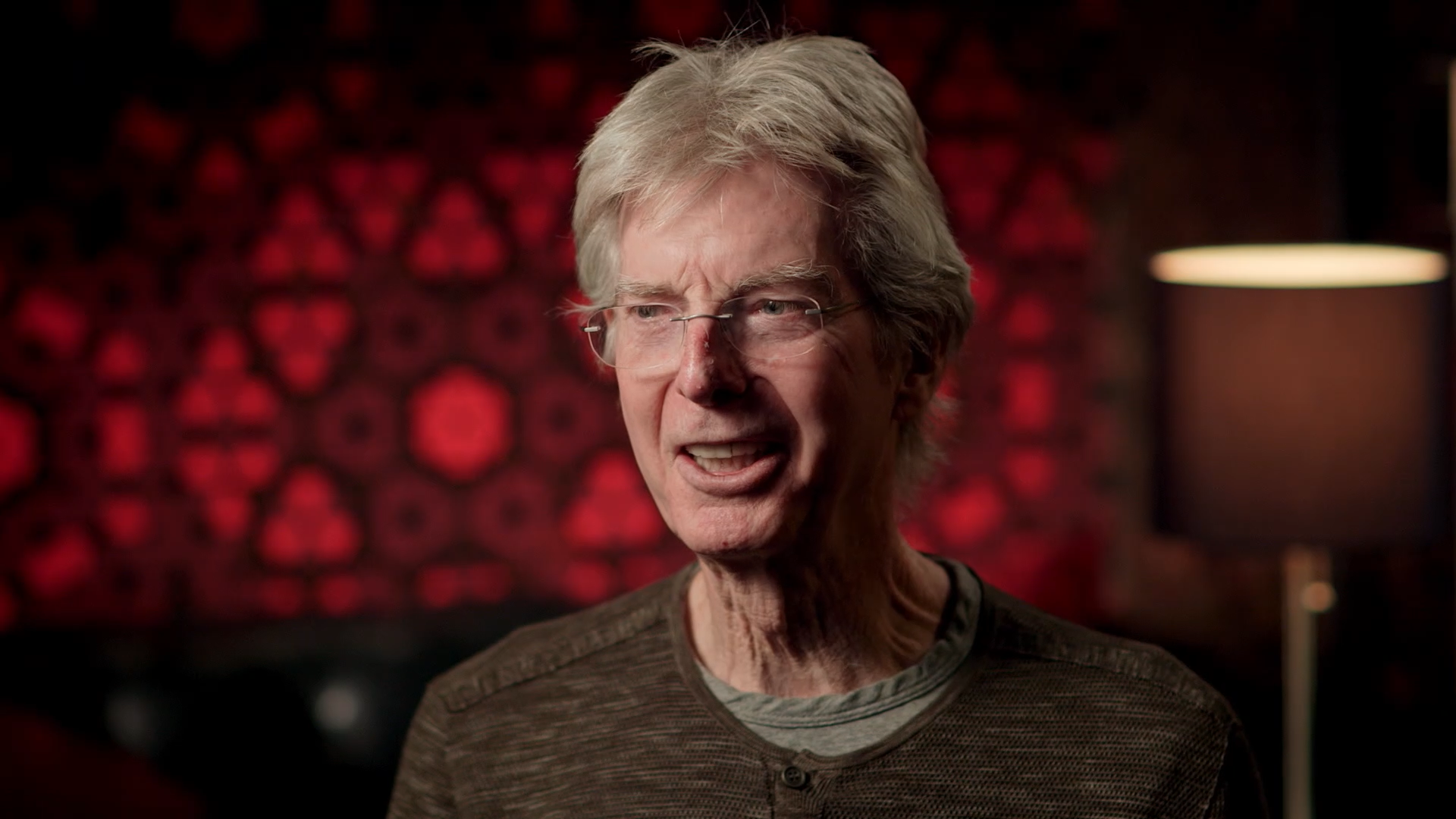 From his early days at KPFA, where he invited Jerry Garcia in for his first radio show, to his study of and passion for avante-garde classical music, Phil has been pushing boundaries for his whole musical life. Grateful Dead member, electric bass innovator, and founder of the Terrapin Crossroads venue in San Rafael, Phil and Friends bring the passion to new generations of fans. 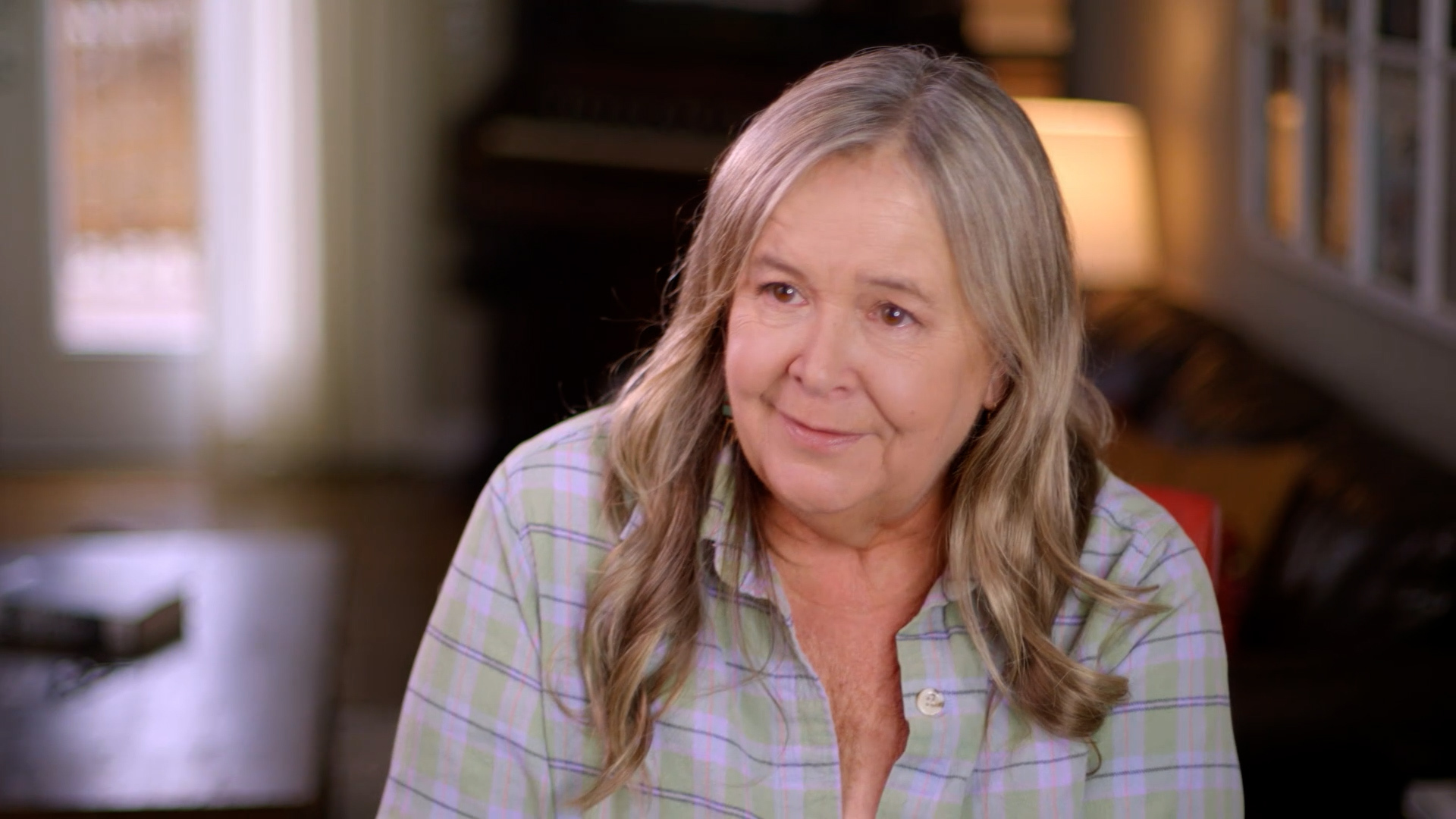 Tracy Nelson is a pioneering rock blues singer-songwriter. With her band, Mother Earth, she was one of the first to turn rock toward Americana in the late 60s. A true hero to many, she stood up for own music in a time when that was not so easy in the music business. 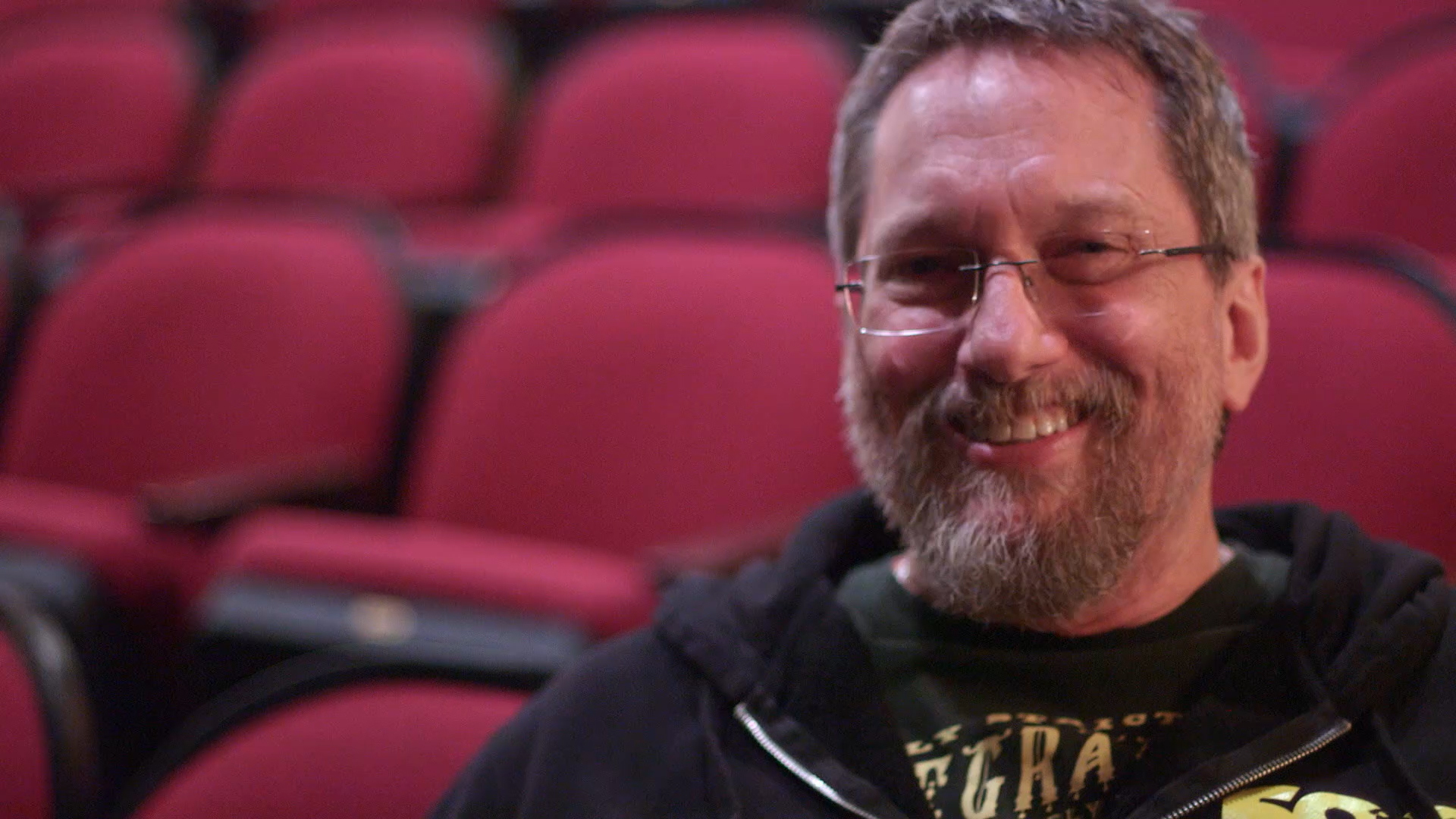 Jerry Douglas is to the resonator guitar what Jimi Hendrix was to the electric guitar, reinventing the instrument in countless ways.  Whether live, or on countless records by the likes of George Jones, Paul Simon, Emmylou Harris, and Tommy Emmanuel, among many others, his music is forward-leaning and cuts across all genres. 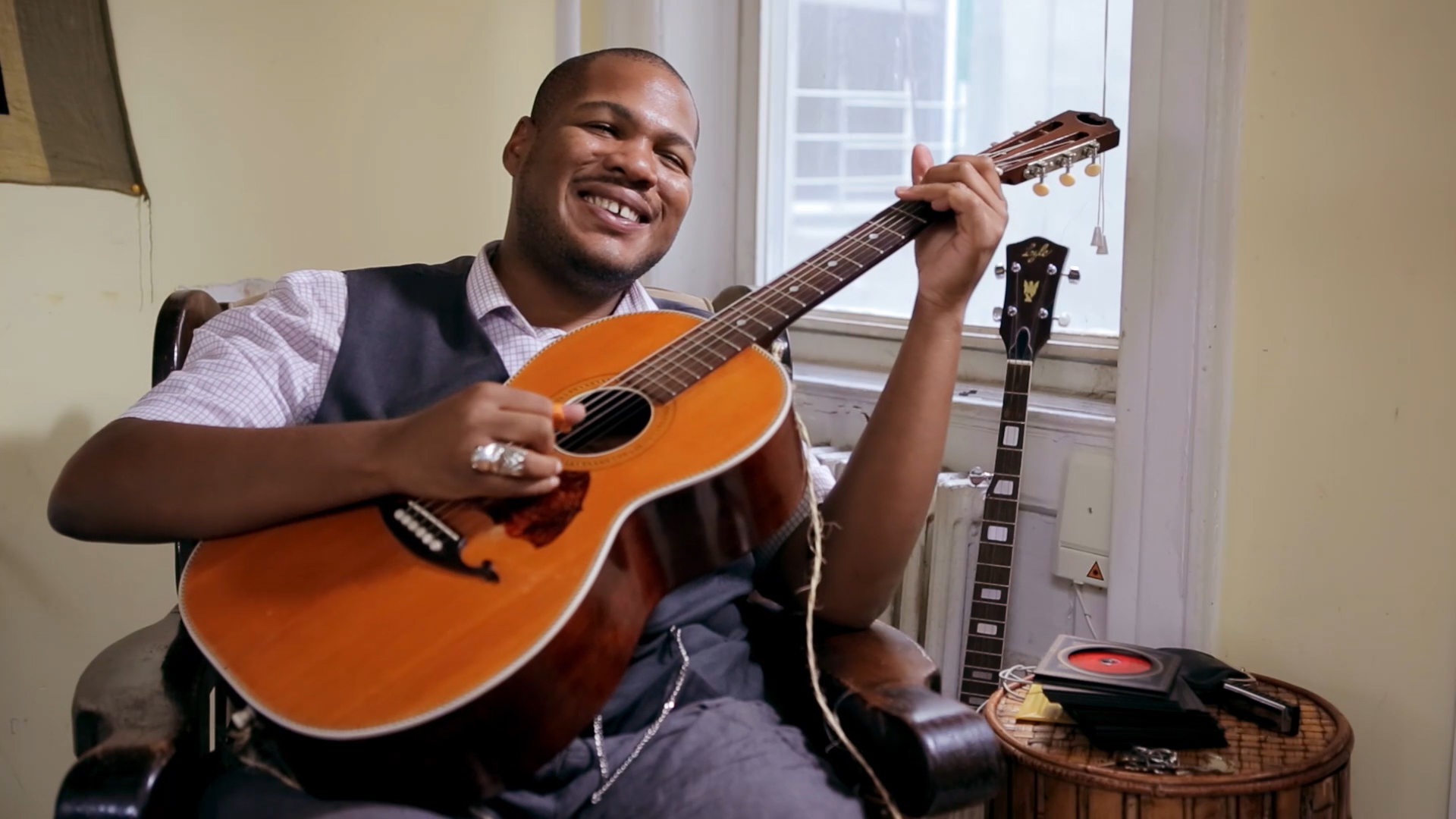 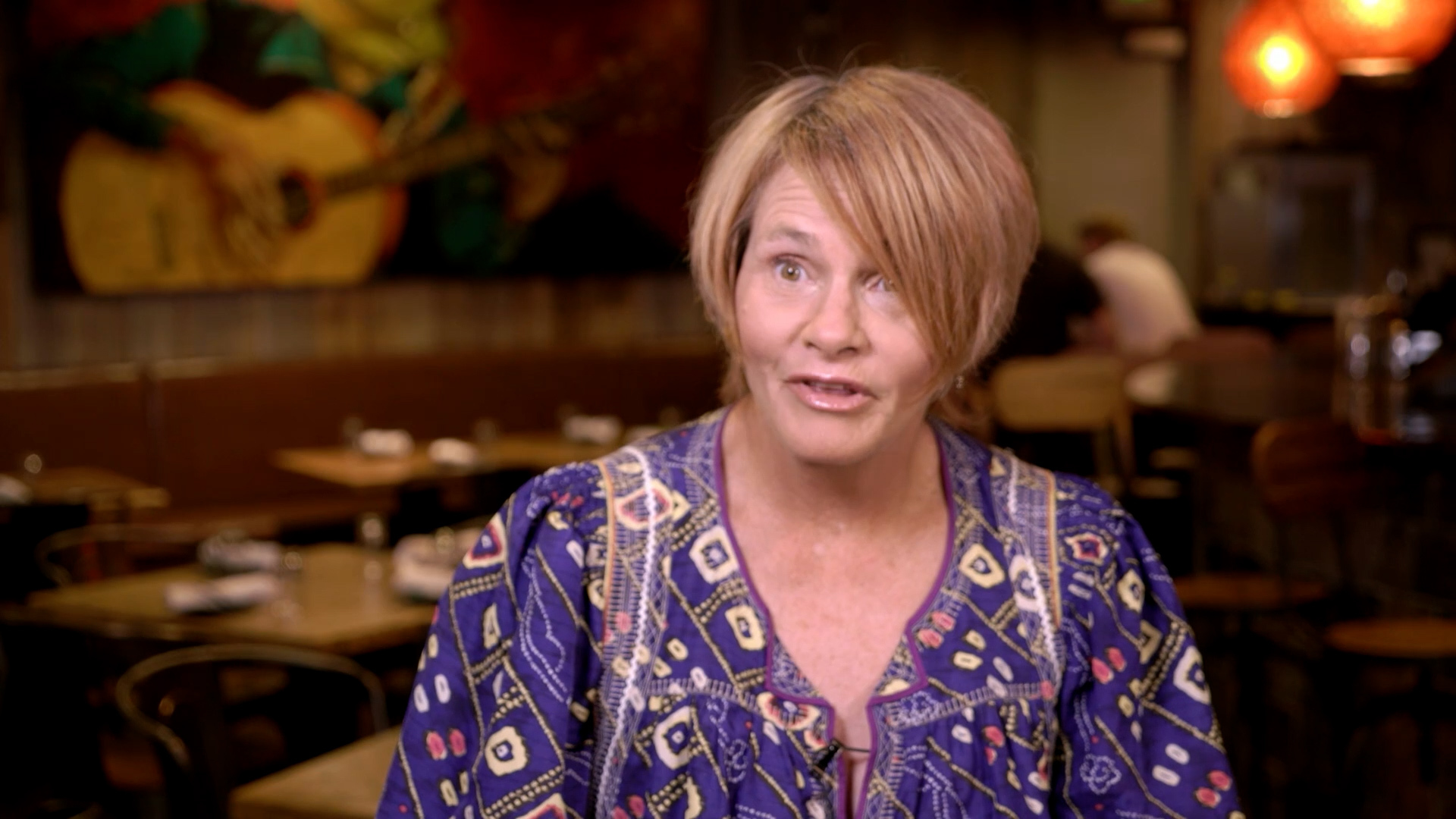 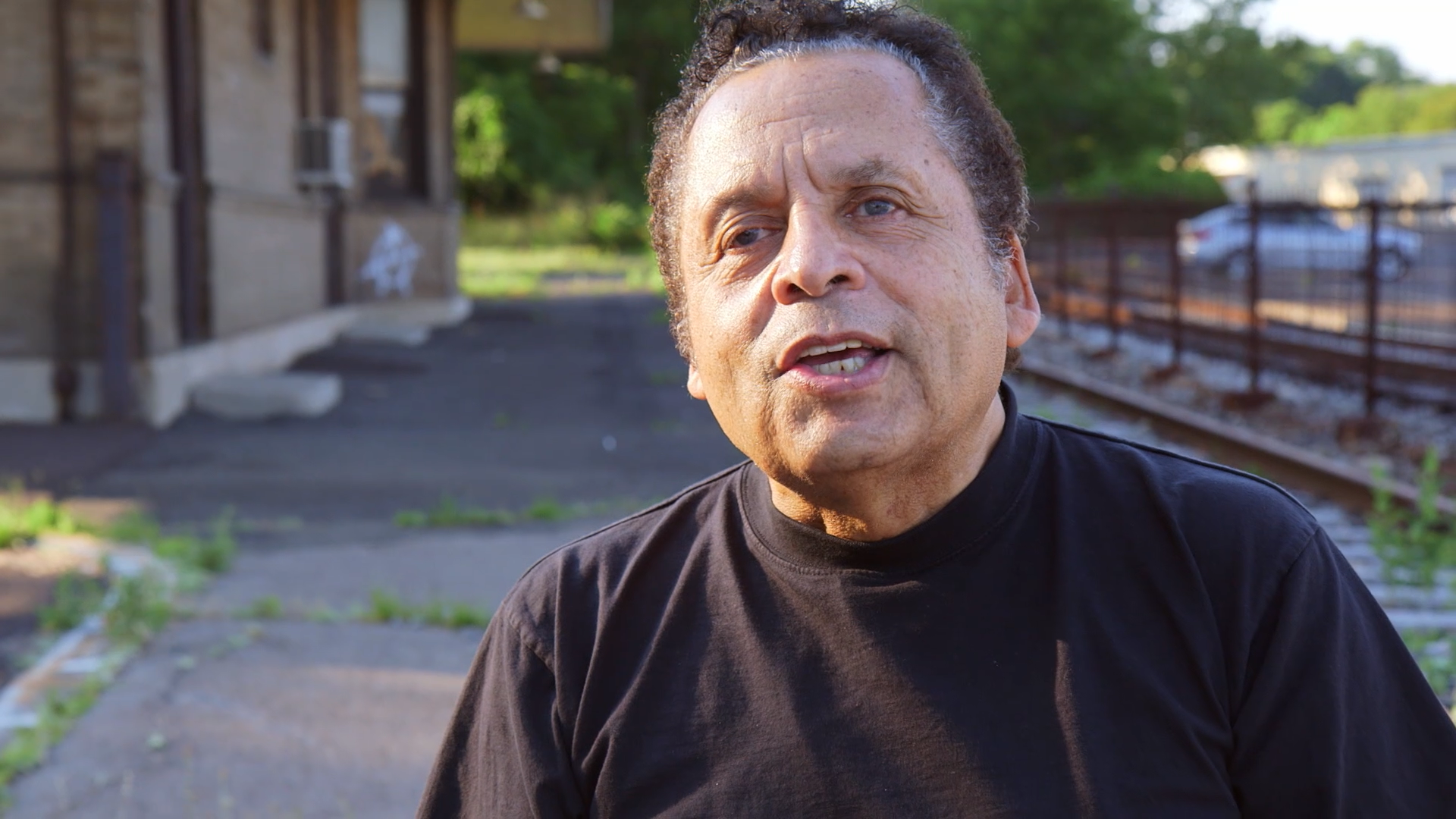 After seven decades of performing, Garland Jeffreys has staying power like few others. He released his first solo album in 1973, and his incredible later career comeback album, The King of In Between, was produced by Larry Campbell. Some his songs friendships with peers like Lou Reed, Bob Marley, John Lennon, and Joe Strummer

As a child of black, white and Puerto Rican heritage growing up in the ‘50s, Jeffreys was raised on everything from R&B to the first bursts of rock and roll to “God Bless America” crooner Kate Smith. Recently retired from full time performing, “I’m a very fortunate guy,” he says, “People love my music. And when I’m on stage, I’ve given my all.” 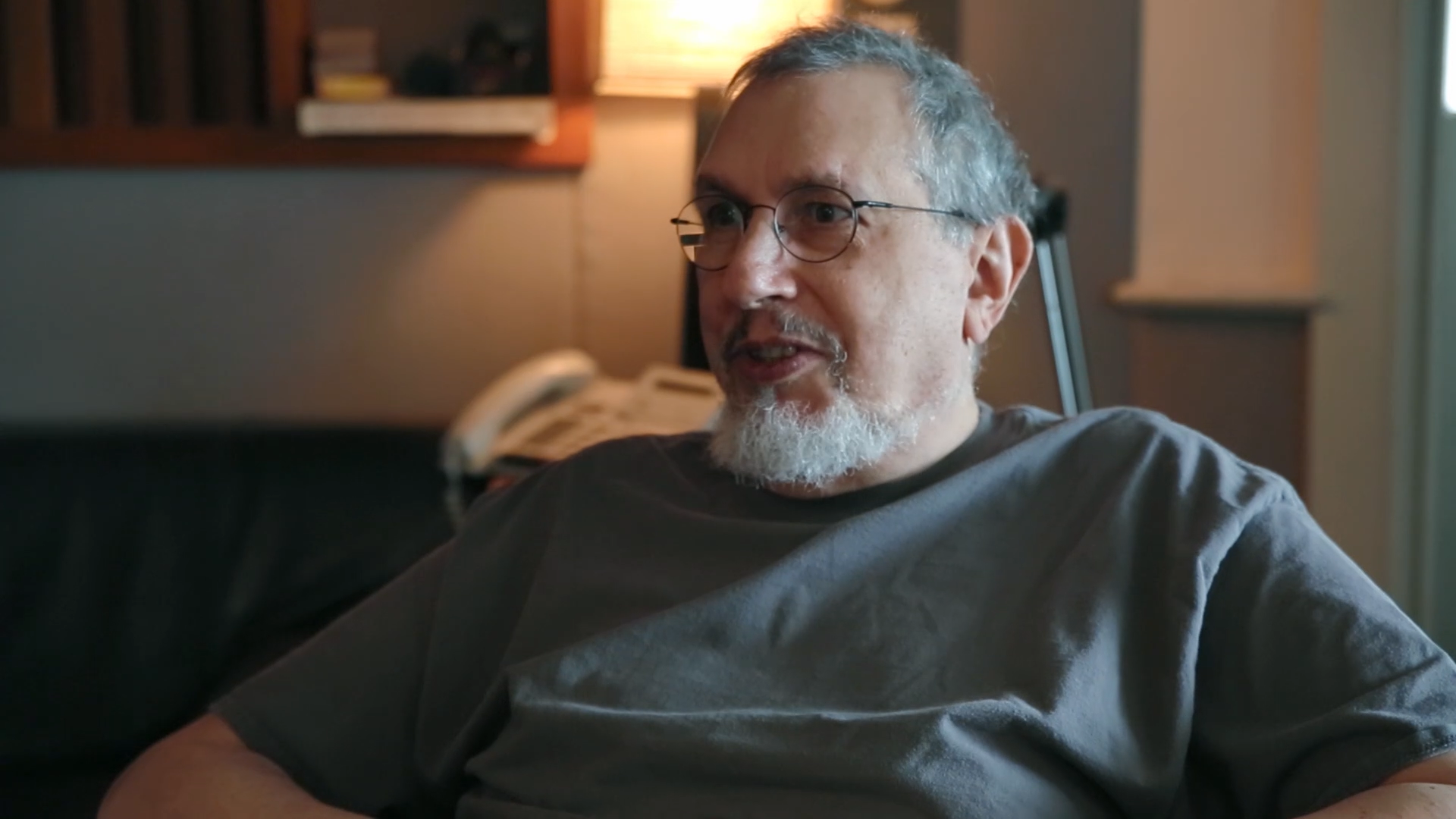 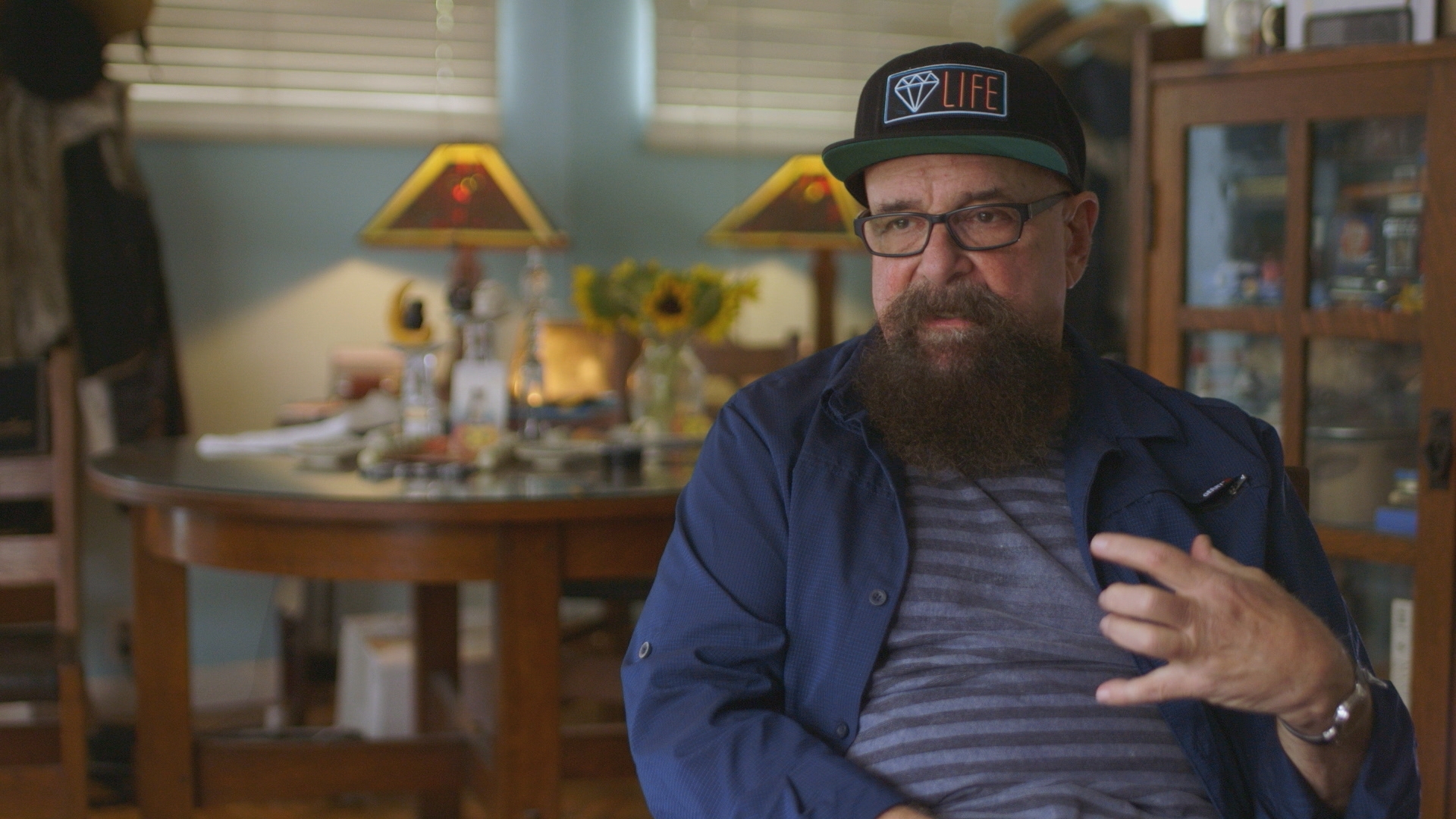 Larry “The Mole” Taylor, is best known as a longtime member of Canned Heat.  Taylor also was a member of John Mayall’s Bluesbreakers,, played in Tom Waits’ band, did session work for the Monkees, and toured with Buddy Guy. As a (very) young man, one of his first touring gigs was with Jerry Lee Lewis, drums, amps, bass, and three of them in Jerry’s Cadillac. His performance in the Woodstock film, bouncing around the stage during A Change Is Gonna Come is one of the 60s iconic moments.  Larry Taylor died, at age 77, shortly before It Was the Music was completed. He remains an inspiration. 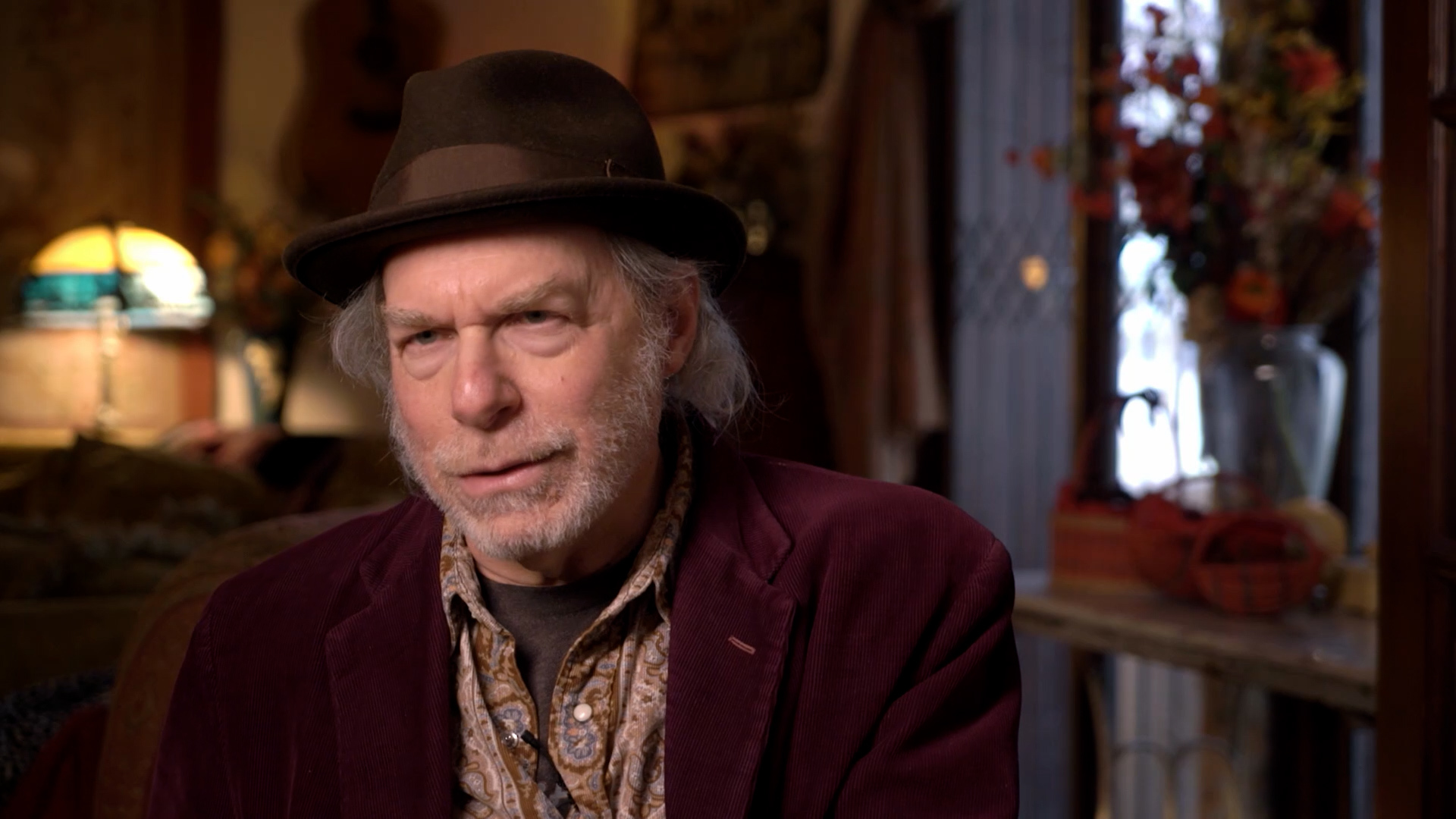 Buddy Miller is half of another great musical duo. He and his wife Julie have solo records, records together, and Buddy’s produced standout albums by Solomon Burke, Carolina Chocolate Drops, Patty Griffin, Richard Thompson, and Steve Earle. He joined T Bone Burnett on the musical team for the TV hit Nashville, and then became the show’s executive music producer. 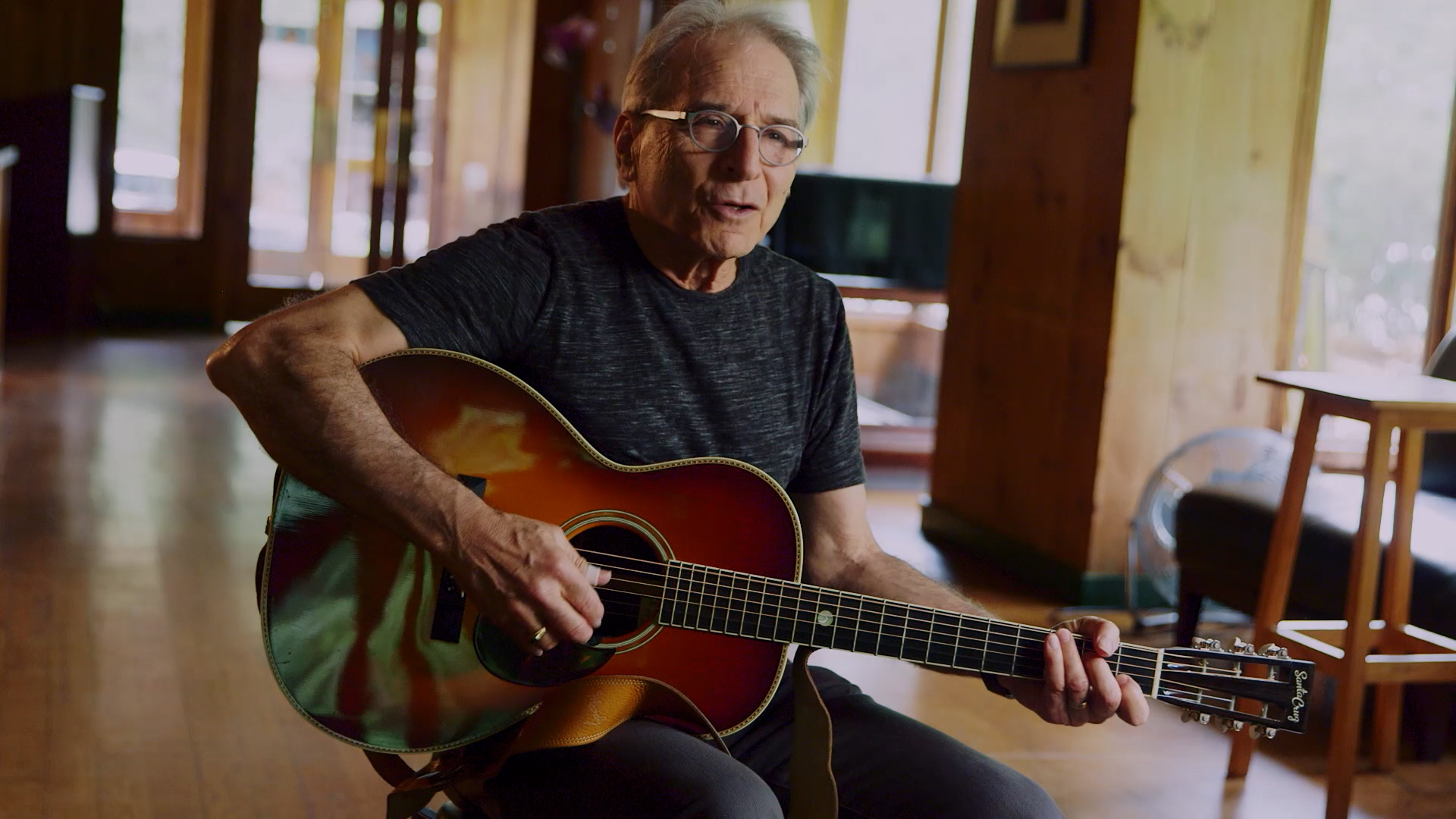 Happy Traum comes from the legendary Greenwich Village folk scene of the 1950s and ‘60s. An innovator, his now famous transcription books taught a generation of guitarists how to play. And six decades of performing, folkloring, teaching and recording have made him one of the most loved musicians of his time. 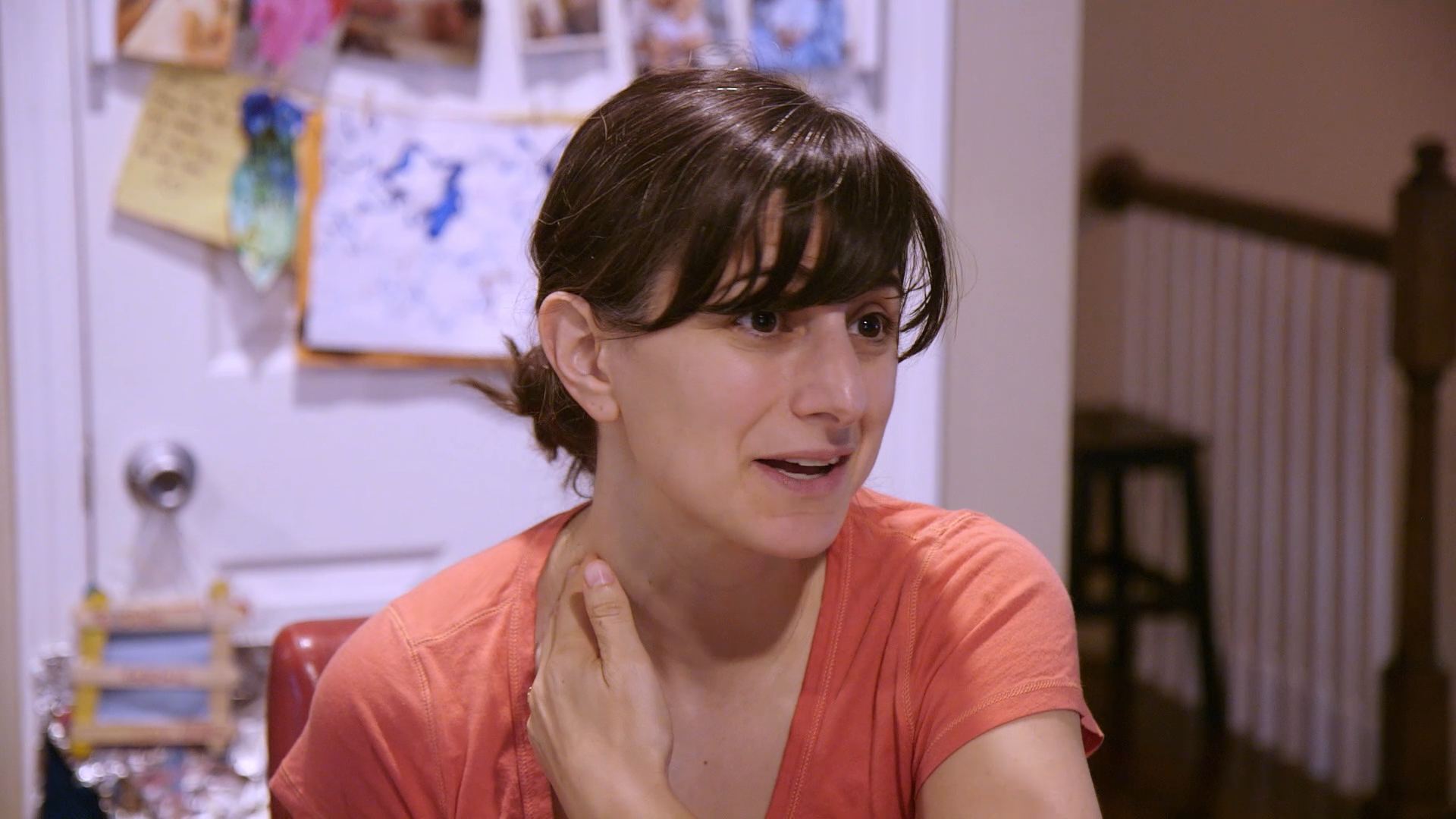 Inspired by 1970s folk-pop, Suzie Brown makes modern-day roots music that nods to the soul singers, heartland rockers, and blues artists who came before her. She has now written and made six albums—as a recent CBS morning broadcast about her showed—during the fleeting moments of free time between her shifts as an Advanced Heart Failure/Heart Transplant cardiologist at Vanderbilt University Medical Center and her never-ending duties as a mother of two. With husband scot Sax, one of several musical couples in It Was the Music. 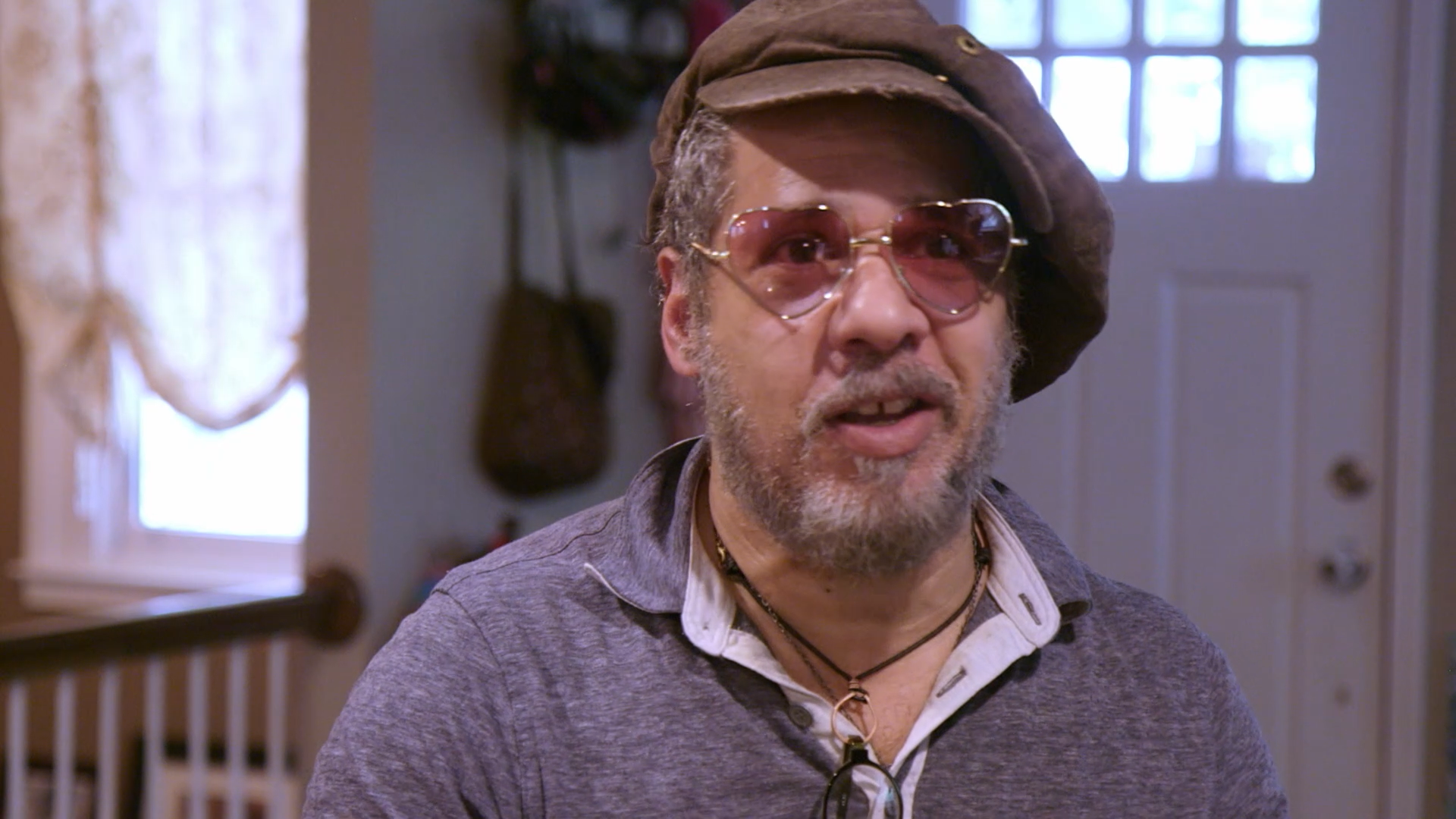 Scot Sax knows his way around a song. Whether with his own bands Wanderlust and Feel, or as a writer of hits for singers like Faith Hill and Tim McGraw. He has countless film and TV credits including his catchy “I Am the Summertime,” featured in the blockbuster “American Pie.”  Sonwriter, producer, performer, and a film director of music videos and documentaries in his own right, he is, with his wife Suzie Brown, one of several musical couples who appear in It Was the Music.